Want to try our Demo?
Type "demo" in all 3 fields 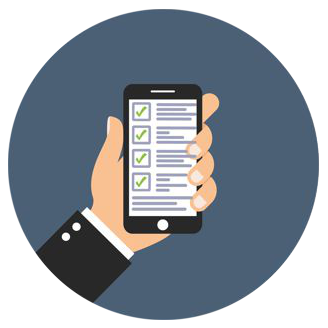 Now My Mobile Check In Compatible

DSS Check In is now compatible with the My Mobile Check In app which allows customers to sign in using a cell phone instead of the kiosk. Learn More

In our current times many people are hyper aware of the things they touch. Below are some suggestions to help.

Stations is a feature that identifies the location of the staff person. Turning this feature on will ask each staff person that signs in to identify what station they are at. If you have your desks numbered or named, you can call the customer to your desk by your station id. This really shines when used with the TV display. Each customer is called to the Window or Station on the Lobby TV.

We now have a new Android based kiosk with a ticket printer. The kiosk asks for the name, id type, phone and reason for visit and then prints a numerical ticket. These numbers are displayed on the lobby TV to call customers by number instead of by name. Using the stations feature, you can now call a customer "Number 345 to Window 2". Just one more privacy protection feature of DSS Check In.

New Android Based Kiosk with Printer!

DSS Check In now has a new kiosk option. The POS-X 15" Android based terminal with printer is an easy to use counter top kiosk with an optional ticket printer. The same software is also available to use with Android tablets at least 12" in size. Click for more